On Wednesday, October 26, 2016 from 8:00am - 8:00pm, residents of Saskatoon will vote for a candidate for the following three positions:

RSVP to let Sarina Gersher's team know that you will be voting. The Facebook event can be found here.

The City of Saskatoon has prepared a voters guide, which includes information on voter eligibility and advanced polling (October 15-22). It can be found here.

The following image shows Ward 8 residents which polling station they are able to vote at.

On Election Day, residents must vote in their own neighbourhood. 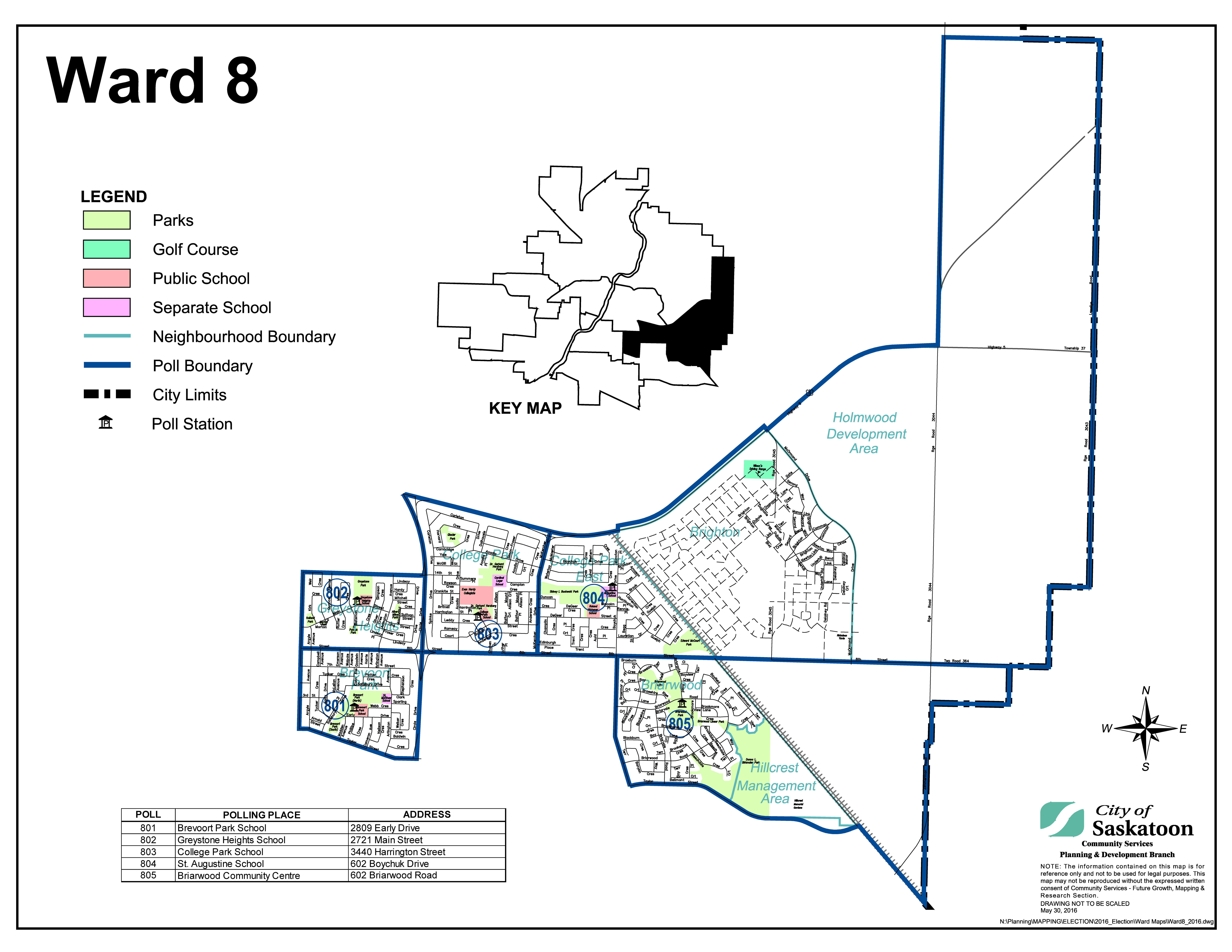 If you have questions, please send an email to Sarina Gersher's team or check out one of the blogs about voter eligibility, advanced voting, mail-in ballot voting, homebound voting, FREE transit for Election Day or the City of Saskatoon's website.

***The City of Saskatoon has the most up to date information on the Saskatoon Municipal Election.***